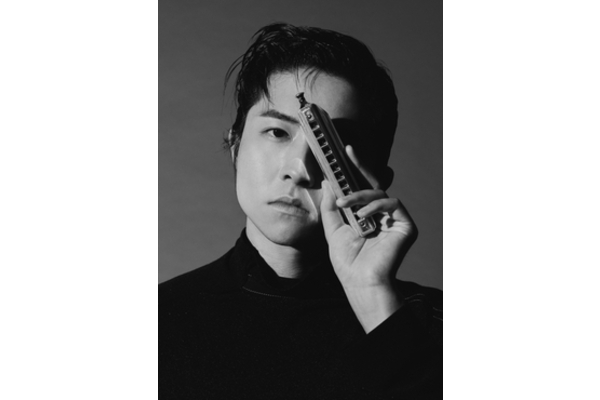 CY Leo (Ho Cheuk-yin) is a chromatic harmonica virtuoso, composer and singer-song writer.  He began his classical harmonica training at the age of six under Lee Sheung-ching and Watani Yasuo, and his talent in the harmonica has given him widespread international recognition and success ever since.

Upon graduating from the Polytechnic University in 2016, CY Leo began his full-time music career.  He actively participated in different music and cultural activities, such as Clockenflap 2016, and performed as a representative artist from Hong Kong in over ten cities, including Chengdu, London, Singapore, Bangkok and Kazakhstan.  In 2018, he was invited to perform at one of the world’s biggest music events, the NAMM Show in California.  He is also active in local entertainment and business sectors, having collaborated with many prominent Hong Kong artists such as Joey Yung, Sandy Lam, Lowell Lo, Hacken Lee, Leo Ku and Louis Koo; recording for film and television scores; writing music for TV commercials; and appearing regularly as headline harmonica soloist on various international cruise lines that toured over 40 cities.

CY Leo held his first solo concert Lost In Time in 2018, which attracted an audience total of over a thousand for the three shows.  It was followed by the release of his first solo album, distributed worldwide under the Universal Music label.  In 2021, Leo was awarded a full scholarship from Hong Kong Jockey Club Music And Dance Fund to study at New York University master program of Jazz Performance. He is currently the international endorser of Kepler.