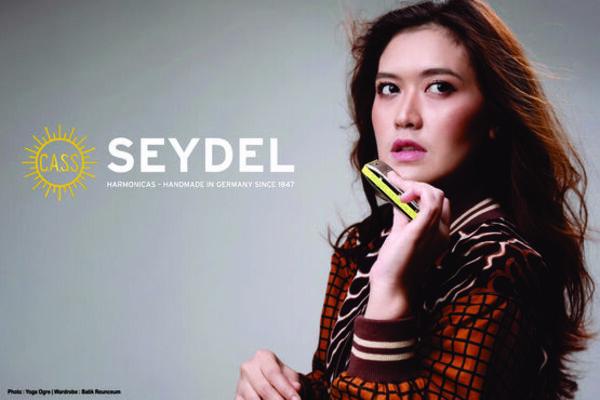 Sarah Saputri was born in Bandung, Indonesia (September 28, 1990). She is an Indonesian singer, song writer and SEYDEL's Artist Ambassador.

Sarah started playing harmonica in 2012, she learned from her teacher, Mr. Hari Pochang.

Sarah loves to use her harmonicas for various genres like blues, country, Sundanese and popular music in Indonesia. At the end of 2019, Sarah released her first solo album titled “Pengikut Hati” on which you can hear an instrumental song for harmonica. Sarah's vision is to introduce the harmonica to her audience, especially in her homecountry Indonesia.  Her mission is to play popular songs on harmonica in Indonesia and promote Indonesian nature beauty through her music video of "Anugerah Alam Indonesia" you can watch it on her YouTube Channel.