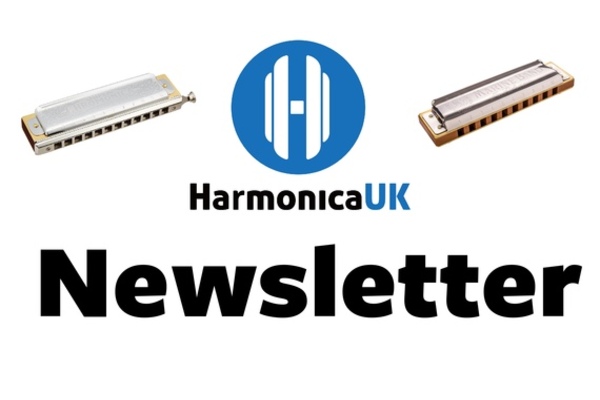 So let me welcome you to another newsletter packed full of exciting and interesting gigs, events and information for you all to peruse at leisure. Grab your diaries and check out the Newsdesk website and our social media links.

We at Newsdesk are especially proud to announce a new album release from our very own ambassador Sam Spranger. His band are called The Bad Day and you can find links to order the album on our website. Another album release is from the brilliant Joe Powers which is also great; if you would like more information see our website.

I’m pleased to announce Argentina born Santiago Alvarez is doing another tour of Europe this summer, which is one not to miss.

New workshops, gigs and events are continuously being updated and added for your information, so keep looking as we would hate for you to miss out!

Finally, may I take this opportunity to mention what a fantastic time we all had at the HarmonicaUK Chromatic Weekend this year. Full of fun laughter and companionship. There are too many highlights to mention but I must say something that makes me giggle everytime I think of it is Patrick Byrne and his exploding harmonica!!* I think he is a magician!!

Until the next time,

* Editors note - for those not at the Chromatic Weekend, Patrick's 'easy to disassemble' Hohner Chromatic slid off a chair and fully disassembled itself during a workshop!

The latest news to report is the success of our Chromatic Weekend.  It was a real pleasure to finally meet up in person with so many friends. May I thank the chromatic planning team, Dave Hambley, Neil Warren and Hilvert Scheper for all of their hard work.   Additionally my thanks go to Gene Myers for his amazing work in branding this event and help with our lighting and also for filming the concert with Roger Trobridge.

Our workshop leaders and artists did a fantastic job, and of course Paddy Byrne was a natural compere. We will be covering the weekend in detail in the next magazine, but in the meantime thanks to all of the teams.

Our festival plans continue at pace and shortly Newsdesk will be releasing our line up; I am sure that you will be pleased with our choices. As a reminder the dates are 21-23rd October again at Hillscourt near Birmingham.

A warm welcome to Louise Goodridge who has joined our Newsdesk team and will be looking after our social media.

I hope you all have a nice summer and I look forward to meeting up with many of you in October. 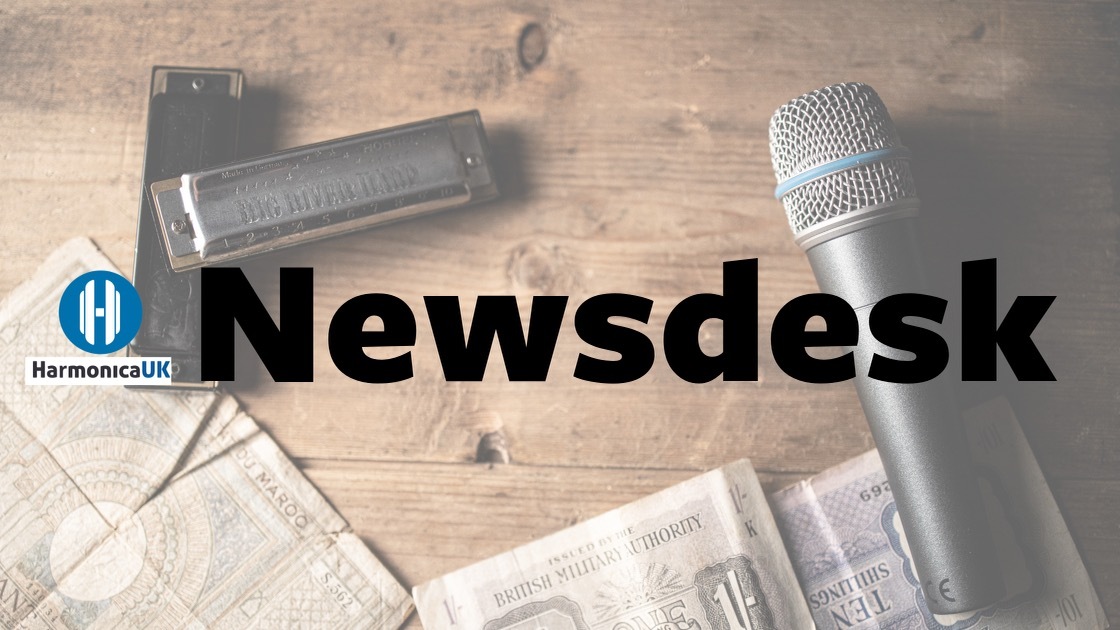 Newsdesk brings you a selection of items from the HarmonicaUK Newsdesk this month. Click "Read more..." to read the full news item.

Jens Bunge video from the HarmonicaUK Chromatic Weekend
HarmonicaUK's Chromatic Weekend on 18th and 19th of June had many highlights. One of these was Saturday evenings Concert, with workshop tutors and other selected acts demonstrating their talents. Headlining the concert was legendary chromatic jazz player Jens Bunge. He was skillfully accompanied by Chris Collis on keyboards, Jadie Carey on her five string double bass and Steve Street played percussion. Read more & video link...

Vietnamese "Monster Masterpiece" passes after 70 year musical career
Vietnamese harmonica player Tong Son has passed away in Ho Chi Minh City aged 91. While little known in the West, he was a massive star in Vietnam. He was known as 'Monster Masterpiece' by his many fans. He made a living from playing the harmonica for over 70 years. He developed many unusual playing styles and was famed for playing while eating a banana or drinking beer. Read more...

And finally, do you have a spare hour to support the Harmonica Community?
HarmonicaUK would love to hear from you if you have as little as an hour a month to spare to help support your harmonica community. We are looking for people to help with: